Conservation Through the lens

The origin of the word photography literally means “light” (photos) and “drawing” (graphe) i.e. drawing with light. In Victorian times photography was sometimes referred to “painting with light”. Photography has been a means to shine a light on history, society and nature and capture imagery an audience would otherwise never witness.

In the last few decades our lives have become shaped by photography; whether it is the way we define ourselves through our social media avatars or communicate via the screens in our hands, digital imagery has all but redefined how we understand our world. But what does this mean regarding our understanding of nature? Whereas our parents and grandparents used to learn about the natural world through drawings or sketches and information in encyclopedias, today we can turn on the television and experience a natural phenomenon where we see more detail than would ever be possible in real life. Has this connected us more to nature, or created an even greater distance between the reality of nature and our normal lives?

We asked a couple fantastic wildlife and conservation photographers their thoughts whilst they share with us some of their incredible work.

“Do you think photography plays a role in wildlife and environmental conservation,

One only has to watch a wildlife documentary to acknowledge the emotional influence it can have on you.

As Sir David Attenborough so eloquently states, “The visual is always more powerful than words”.

Photography has the ability to expose issues in a compelling way, regardless of language or location. Visual content has been instrumental in documenting and educating a broad audience on wildlife protection and their habitats and is instrumental in their conservation.” 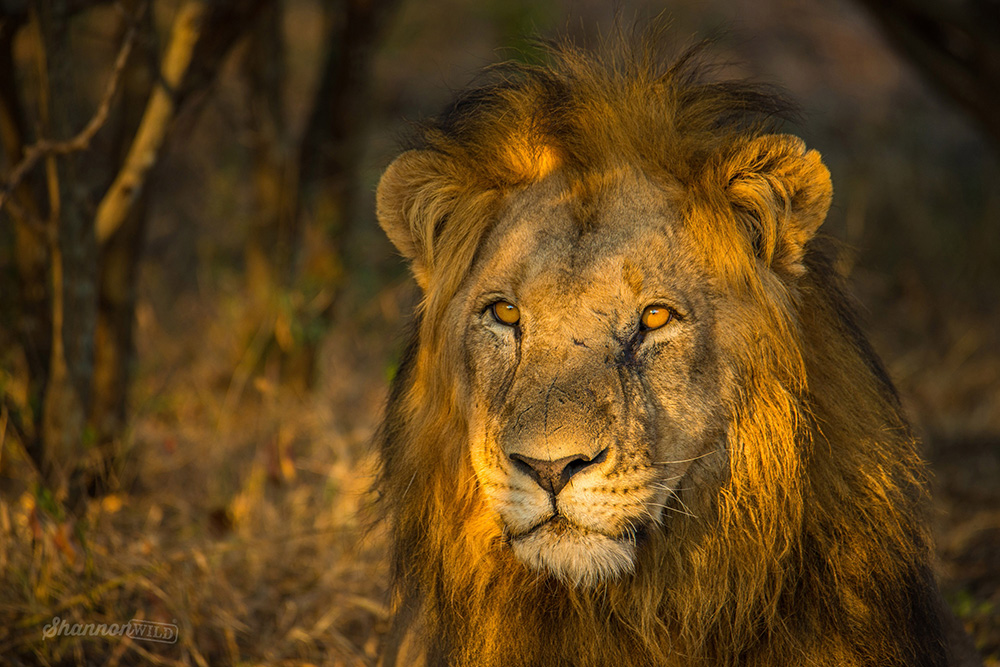 “A big part about conservation is about making information available to the 7 billion people on earth. The time for talking about the environment in terms of countries and regions is over, we are now talking in terms of the planet we all inhabit; so is more critical now than ever creating awareness that is accessible globally.” 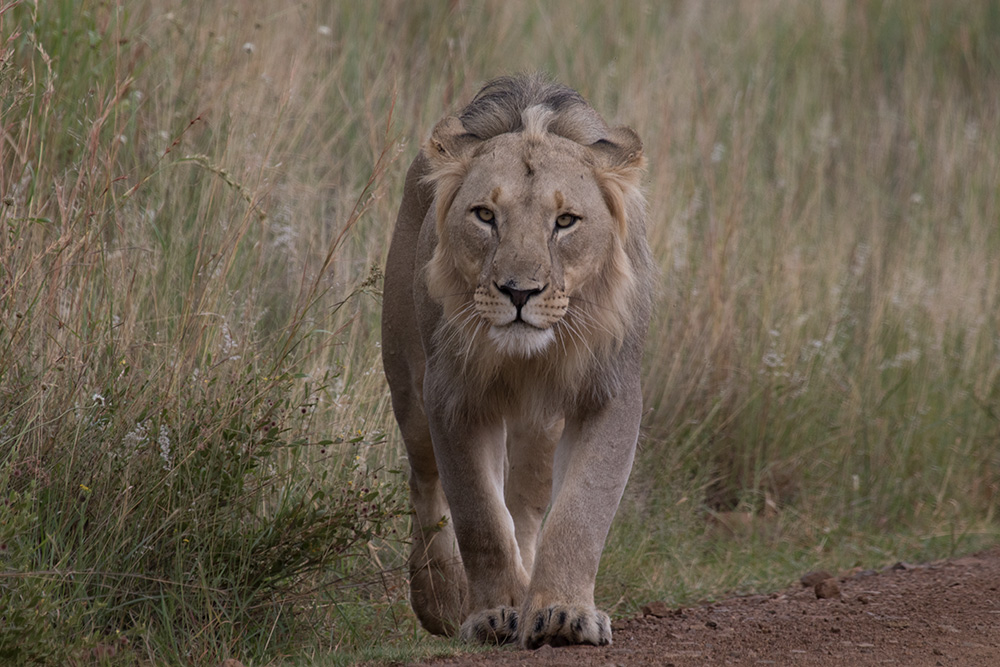 “Is there a particular photo of yours that evokes a lot of emotion for you in terms of the planet and its current condition?”

“Mankind seems to believe that everything was put on this planet for us to exploit or consume. And that includes wildlife. I have been working on a project – Raise the Red Flag – that focuses on animals in captivity. This photograph offers a microcosm of the Wildlife Tourism industry: an orangutan displaying completely unnatural behaviour; lying on the floor of a dank and dingy enclosure at Pata Zoo in Thailand where it spends its days being gawped at by humans. Through my photography I want people not just to see the animal, but to be the animal.” 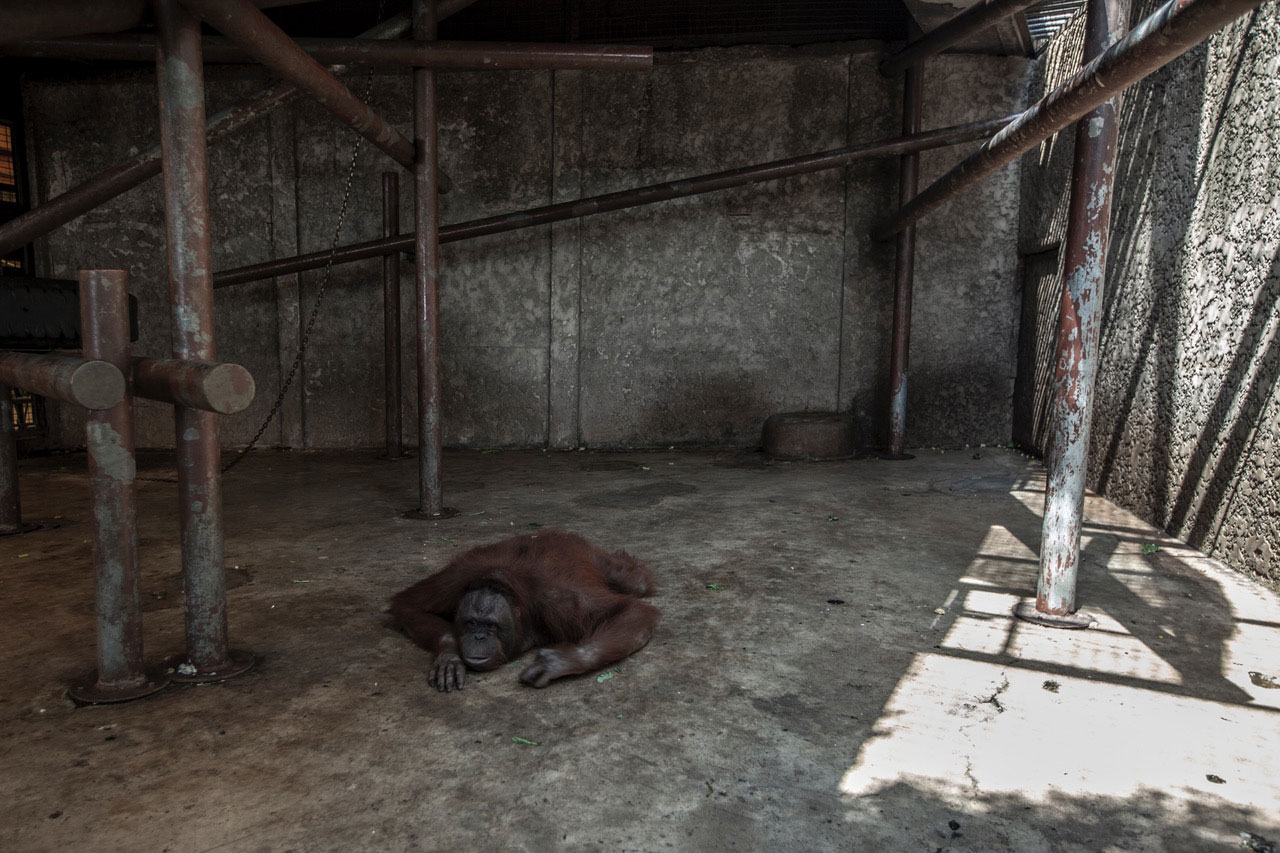 Shannon: “On April 30, 2016 Kenyan President Uhuru Kenyatta set fire to over $172 million worth of illicit elephant and rhino tusks in monumental statement protesting the record number of illegal slaughters taking place in Africa.

Documenting the burn has, to date, been the most emotional assignment I’ve been involved with. I encounter many confronting wildlife situations in my line of work including poached animals, but the sheer volume of elephant and rhino represented at this one event was completely overwhelming.

Over 40,000 elephants were represented at this burn, and that’s only what has been confiscated. Every tusk once belonged to a unique individual who is now lost. With every horn taken, the world is one step closer to exterminating a species marked by a tragic loss of life and genetic diversity.” 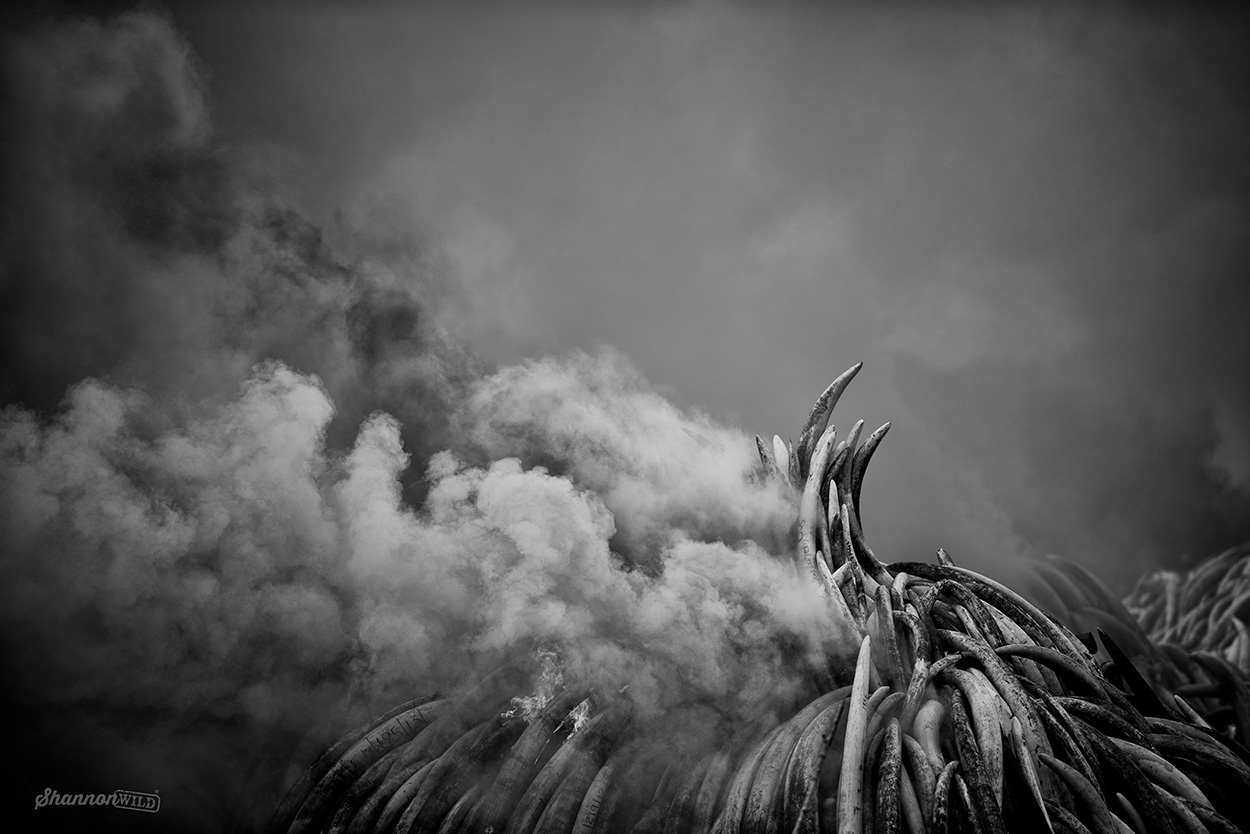 “You spend a lot of time in natural space, what are some of the changes you have noticed over the last 10 to 15 years?”

Aaron: “Almost everywhere you go, it’s possible to hear stories of man’s impact on wildlife. It might be a destination where tourists used to see 20 manta rays on a dive and now a manta hasn’t been spotted in years. Or visiting a country that have lost the majority of its rainforests leaving iconic species that teeter on the brink of extinction.

Genuinely wild encounters are getting harder and harder to come by. We’re close to the point where we only have areas of manufactured wilderness containing microchipped animals; and the only way we’ll be able to see sharks is by baiting them. This might seem like a bleak or dystopian outlook, but it’s the reality we are facing.” 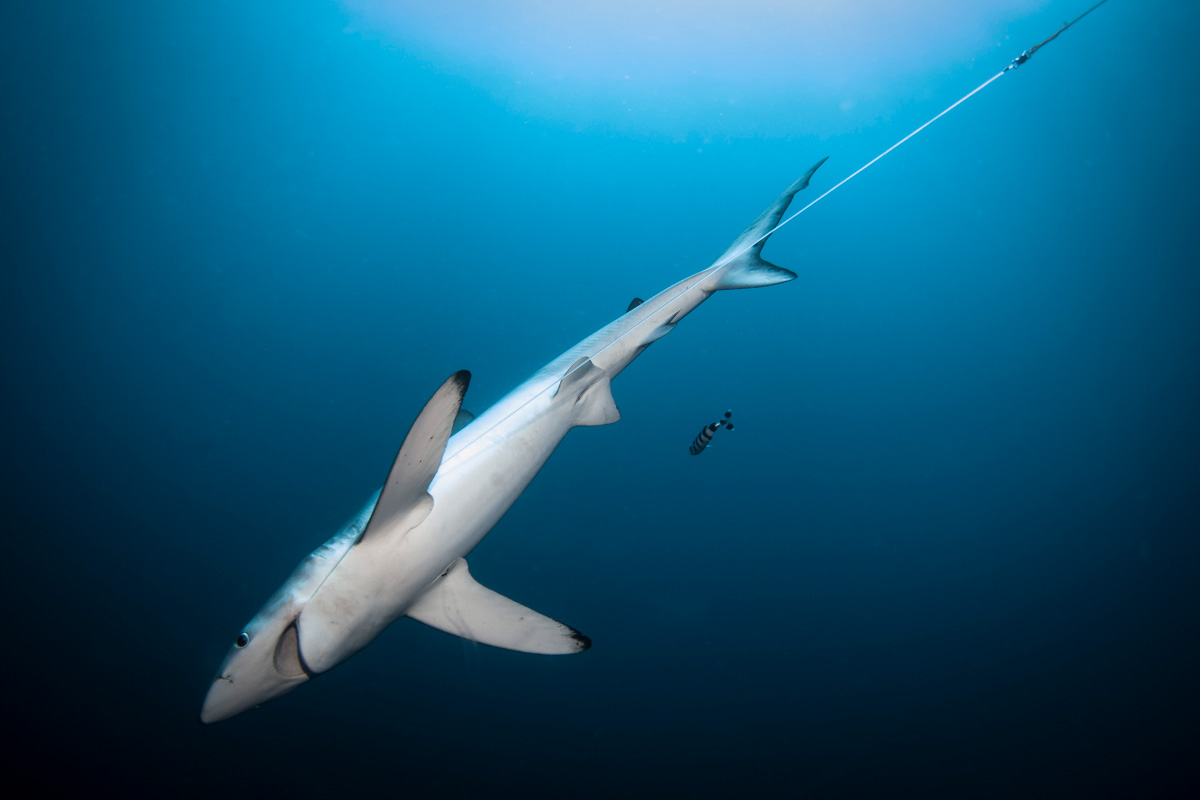 Shannon: “It’s easy to get wrapped up in the negatives that I see around me on a regular basis like a seemingly unending increase in rubbish and plastic pollution and a dramatic shift in seasons and extreme weather events.

But on a positive note, the advent of social media means those of us documenting these issues can reach a far greater audience than 10 or 15 years ago and that has a massive impact on informing the public, leading to positive change.”

Rodney: “One of the biggest brutalities currently ongoing in this continent is the killing of our rhinos for their horn. In the last decade over 1,000 rhinos have been poached year on year in South Africa alone, until 2018 with a reported 769. The fact is that if this doesn’t stop now, extinction of our rhinos in our lifetime is a big possibility. When I took a series of photos of rhinos I was overwhelmed that my grandchildren may never see a rhino in the wild. This cannot, and must not happen. ” 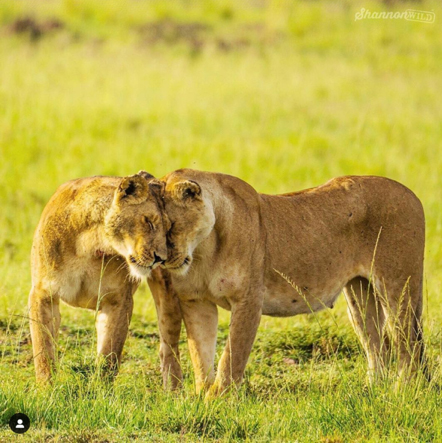 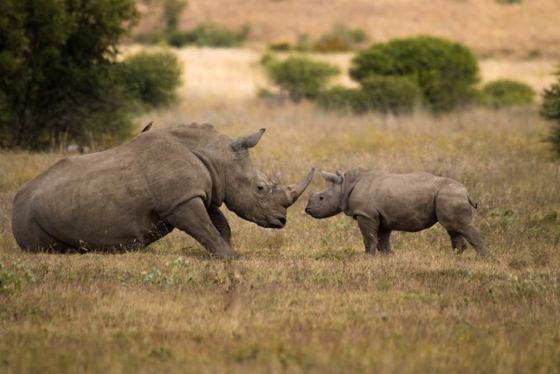 Keep an eye out for our #conservationthroughthelens posts in the future.

Be sure to follow these incredible photographers as they use their cameras as weapons for change!