Understanding the plight of lions can be complicated and contentious. Here is a helpful summary that will arm you with key knowledge so that you can inform others about the devastating reality lions are facing today.

Estimated number of lions remaining in the wild in Africa

Estimated number of lions living in captivity in South Africa

Number of countries where lions once existed but are now extinct

Understanding the plight of lions can be complicated and contentious. Here is a helpful summary that will arm you with key knowledge so that you can inform others about the devastating reality lions are facing today.

THE STATUS OF LIONS TODAY

HOW DID THIS HAPPEN?

Loss of habitat is the single biggest threat to wild lion populations. Over the past 100 years lions have lost 90% of their former range.

Lion prides require large swathes of land to hunt and to live naturally. Young males roam vast distances in order to seek out other lion prides which maintains genetic diversity within lion populations. Urban and agricultural development has been applauded as humanity’s greatest achievement in the last 100 years. However this unbridled manipulation of the earth’s spaces and the exponential increase in human population has meant the ultimate annihilation of the habitat of our planet’s wildlife. 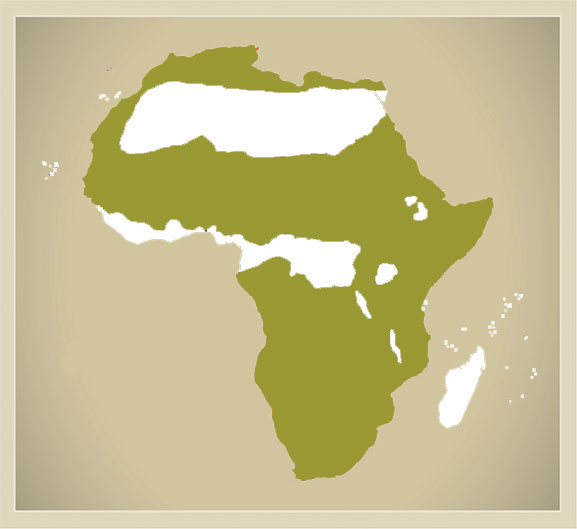 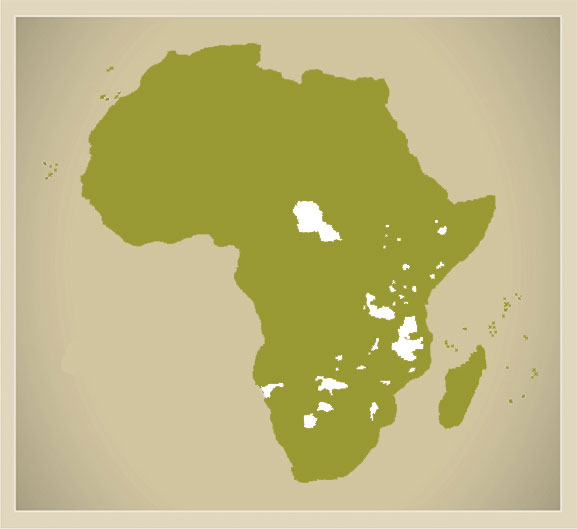 As human populations expand, so free-roaming space for wildlife decreases. Even protected areas such as national parks lack proper boundaries – fencing is expensive and requires constant maintenance. These two challenges result in wild animals, often lions and elephants, roaming through villages killing livestock and destroying the crops of people who are often very poor and depend on subsistence farming. This causes conflict to arise between wildlife and their human neighbours. These villagers, who often live hand-to-mouth every day, sometimes retaliate when one of their valuable goats or cattle is killed by a lion. When a retaliatory or retribution killing takes place, another economic avenue opens up if the villager finds a buyer for the animal’s fur and skeleton.


A pre-emptive killing is when a human living in close proximity to lions kills them via trapping, poisoning or spearing. This may occur even though the lions may not have killed any livestock. The mentality is that if the lion is dead it won’t get the opportunity to kill any livestock.

Another cause for declining lion populations is the illegal bush meat trade. As the space between human settlement and wild animals is further squeezed, rural communities set snares and traps to capture smaller animals for food and for trade. Lions and humans are now essentially competing for food. When communities are killing prey species for trade, lion pride numbers get smaller and smaller as they battle to find adequate food sources. Notably, in areas where lions’ prey species are depleted, there are higher incidences of lions attacking livestock, and even humans.

This devastating cycle goes hand-in-glove with the underlying issue of habitat loss. 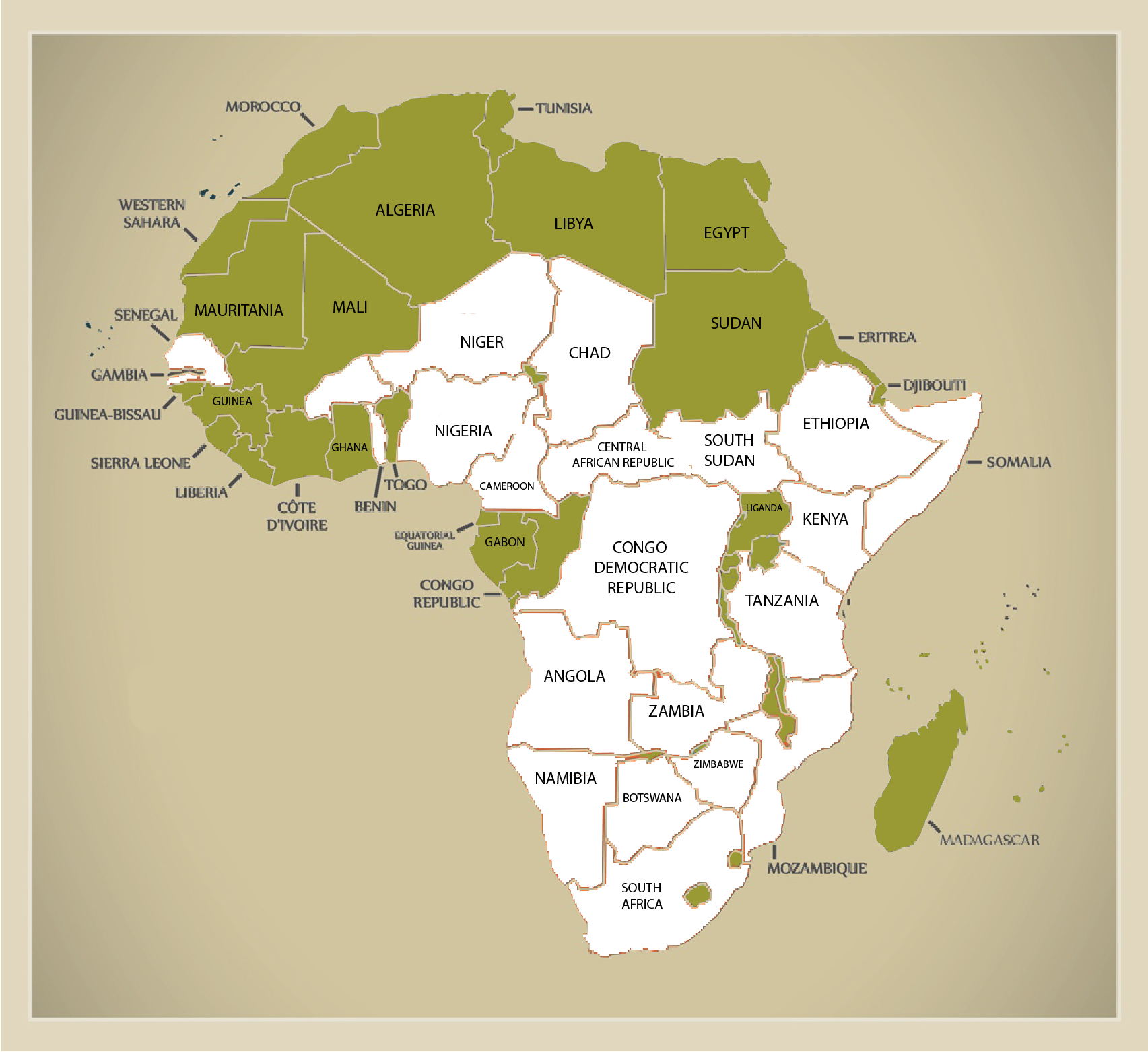 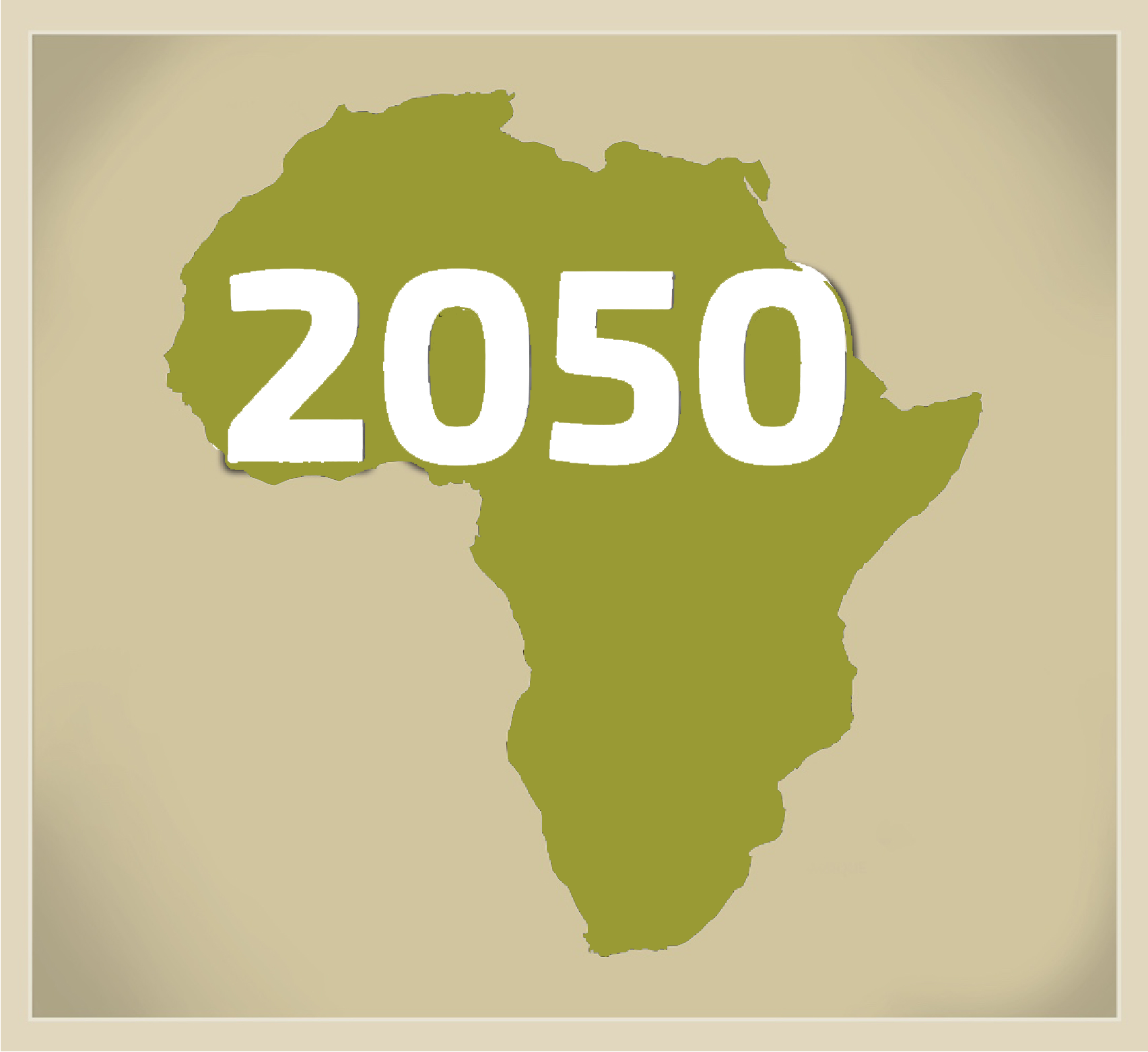 HUMAN GREED AND THE ECONOMICS OF LIONS


Humans have devised a strategy to make money off every single part of a captive lion’s life. It all begins with breeding cubs and often ends in a canned hunt.

Lion breeding facilities, of which there are over 200 in South Africa alone, breed lions on an ongoing basis to meet the demand for cubs from the ‘pay to pet’ tourism market as well as to supply the ‘canned’ hunting industry. A lioness gives birth to cubs and often within a few weeks, sometimes as little as a few days, the cubs are taken away from their mothers to force the lioness back into estrus to start the breeding cycle again.

Effects of overbreeding can result in:

The lion cubs are then given to largely inexperienced handlers and volunteers to hand-raise and these volunteers are often duped into thinking that they are contributing to the lion’s cause. The well-meaning volunteers and tourists naively believe the claims that these lions will be “released back into the wild”. Lion cubs are never released back into the wild. They are just one part of an economic system that lion-breeders capitalise on to proft off a lion’s lifespan. Whilst paying tourists get to take a selfie with a lion cub, they are unknowingly participating in the one of the most cruel and exploitative wildlife tourism practices

When lion cubs are around six months old and too dangerous to be around children, they are then marketed to adults for a ‘walking with lions’ experience. “Walking with lions” is advertised to tourists as a ‘natural African adventure,’ and some facilities go as far as to say that the cubs are being prepared for ultimate release into the wild. At the time of writing there has been no known release of these lions into any wilderness area. Lion walking is yet another income stream for breeders whilst they wait for the lion to grow big enough to be hunted or sold to a facility that offers canned hunting. These lions are always noticeably juvenile so they don’t have their full manes and body size (desirable attributes for a hunter’s trophy). At the same time it is too early in these lions’ lives to notice the ill effects of malnutrition and inbreeding; thus  tourists see no cause for alarm and are duped into believing that these lions are healthy and being adequately cared for.

By the time the lion is three years old it is big enough to look good as a hunted trophy. Three year old lions won’t fetch quite as much as a lion that is four years old or even older, but there is still a market. Lions will be marketed to trophy hunters from abroad who may pay anything between $15 000 and $50 000 to shoot a lion. Male lions are preferred so in captive lion populations you will often find unnatural groups of 10 or more male lions living together, a warning sign that there is more than meets the eye at the facility.
Hunting has a long history in the story of mankind and whether one supports it or not, it has occurred for millennia. Different countries have different rules on trophy hunting for example Botswana and Kenya have an outright ban on trophy hunting.

A few decades ago trophy hunting was an elite, expensive and time-consuming experience. In this bygone era of hunting a serious hunter would spend weeks in the bush with a tracker to shoot a wild lion, and likely a number of other species too. If the hunter did not succeed within the amount of time he had paid for he would go home empty-handed. This manner of hunting was more ethical in that the lion had a fair chance of escaping its fate, and success also depended on patience and being a very experienced hunter. It is also worth noting that trophy hunting is only a real threat to lion populations if the quota is raised too high and younger males in their breeding prime become targets. This is notably the case in many of the African countries that still allow lion hunting.

In the 1980s a new phenomenon was born when game ranchers realised they could offer a lion hunt to a client with a 100% success rate in a much shorter period of time by using a captive bred lion within a controlled area. In other words, they could make sure the hunt was “in the can”. And so “canned lion hunting” began.

Canned hunting can take on many forms, but a common thread in all forms of canned hunting is that there is no chance for the lion to evade the hunter.  In other words there is no fair chase, which is the ethical principle that wild lion trophy hunters adhere to. It doesn’t really matter how big or small the area that the hunt takes place in because ultimately the trophy is guaranteed. In some instances the hunter can even pre-select the lion he wants to shoot from a catalogue found on the hunting outfitters’ website or sent via email. Depending on the facility and the price of the lion to be ‘hunted’, the safari outfitter might put on a show and spin a tale about tracking the targeted lion to make the hunting myth that he is selling more authentic… meanwhile he knows full well where the target animal is.

In order for a captive-bred lion to be hunted in a larger area, the lion needs to be tranquilised by a qualified vet to be moved from its dwelling. The anesthetized lion is then placed in the hunting camp to recover however sometimes the lions is shot before regaining full consciousness.  Occasionally lions are baited with carcasses to keep them off the perimeter fences and sometimes they are simply shot on the fence line. It all depends on how much money has exchanged hands and how much of a show is needed to convince the client that they are shooting a relatively wild lion. Other times the lion is merely shot in a small enclosure if the hunter is not too perturbed about it.

Many hunting organisations will argue that they ‘re-wild’ the captive lions over a period of a few days to a few months and therefore the lion is no longer ‘canned’ but deemed a ‘captive-bred hunt’. All these arguments are put in place to create confusion and diversion from the point that a lion does not stand a chance of evading the hunter. By virtue of the fact that its movement has been restricted by fences, baiting or drugs, the hunt is ‘canned.’

In 2007 CITES  (Convention on the International Trade in Endangered Species) proposed a phasing out of tiger farming for the use of their bones in traditional medicine. Although CITES’ decision was not fully adhered to, this did set the wheels in motion for the lion bone trade to develop as a substitute for tiger bones.

Around this time there was an upsurge in exporting of lion bone from South Africa as farmers realized they could dig up old lion skeletons and export them to legally to People’s Republic of Laos, Thailand, Vietnam and China. With the expansion of the upper class in South East Asia and China, one can now find wealthy socialites offering lion bone wine and lion bone cake at social events.

Finally at the 2008 CITES a motion was passed for phasing out and banning the use of tiger bones for traditional medicine in the east. With the supply of tiger bones cut off, attention turned towards lions to meet the demand. Owners of hunting lodges began digging up old skeletons when they learned they could legally export the bones and make a lot of money doing it. In 2017 the South African government allowed the export of 800 lion skeletons to Asia