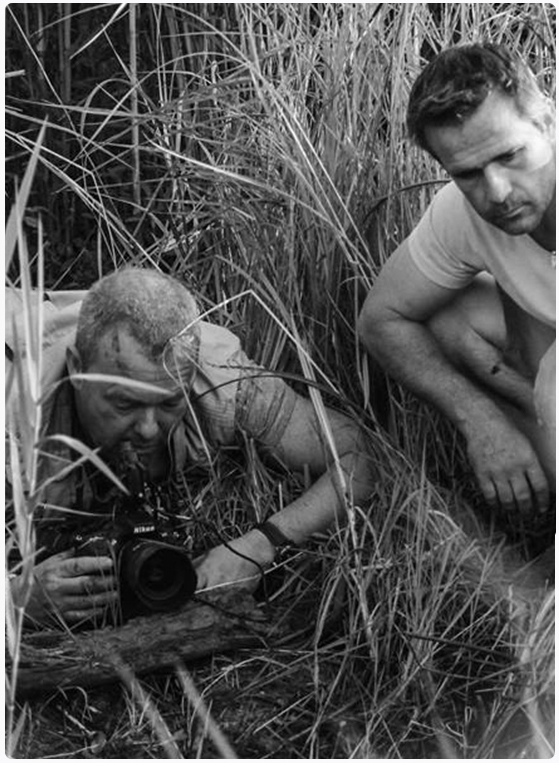 Back in 2014, when wildlife photographer David Yarrow was trying to achieve the ‘widow‑maker’ of all lion shots; that of a lion charging towards the camera, he travelled to South Africa to enlist the help of Kevin Richardson. At the end of a long and dusty day, with nothing more serious than a bruised knee, they got the shot, aptly titled ‘The Full Nine Yards’, and a friendship was born.

David is passionate about conservation and has a long partnership with the African Conservation charity, Tusk Trust, whose Royal Patron is HRH The Duke of Cambridge. His work is exhibited in leading galleries around the world, from cities such as London, Paris and Amsterdam to Los Angeles, Chicago and New York. Also, a limited-edition piece of David’s work recently sold at Sotheby’s New York for $100,000 which has firmly established his name in the industry as one of the world’s best-selling fine art photographers. In 2017, a total of $1.4 million was raised through donations of his prints for sale in charity auctions. His ability to tell stories through photos is enviable, and his commitment to wildlife and community conservation is clear in each and every shot he captures.

It stood to reason, therefore, that when Kevin created his new foundation, the first person he invited to be an ambassador of the foundation, was David Yarrow.