Since the Foundation’s inception in 2018, external organisations have been supported in proven interventions. One such organisation is the Namibian Lion Trust whose “Protect the Pride” project safeguards the wild lions of northern Namibia. This is done by providing kraals (bomas) for rural farmers’ livestock and equipping these kraals with solar-powered “lion lights” to deter lions from attacking these farmers’ livelihoods at night. Each year the Foundation has paid for a lion guard to track wild lion prides and provide an early warning system for farmers in the area.

In 2021 an additional lioness was collared for Mandela Day and R500 000 was raised to further support the lion guard program, which includes their basic training as well as more advanced courses such as Wildlife Protection Law Enforcement and Health & Safety Training.

We have also worked with Namibian Lion Trust in preventing human-wildlife conflict by building bomas to prevent subsistence farmer’s cattle from lion predation, as well as show the benefit of protecting lions by supporting the rural community schools and environmental education programs.

The Foundation continues to provide finishing funds to scientists and students

In the academic research realm, funds have been allocated to support important research carried out by the University of Pretoria’s Carnivore Working Group, which has informed methods of caring for captive predator cats across multiple species. With Kevin’s ability to be hands-on with the sanctuary lions, scientific trials for pharmacological treatment in big cats have been made possible without the need to anaesthetise trial subjects. Other projects have included using lion scat to mitigate wild dog movements in farming areas, providing models for scientific tracking of wild lions in Bostwana, administering oxytocin as a method of decreasing stress during the translocation of wild predators, and more.

Research has also been conducted on the sanctuary lions to test the efficacy of oxytocin in reducing stress for the relocation of wild lions and other wildlife, proving captive lions can have real-world benefit in the conservation of wild animals. The Foundation also continues to provide finishing funds to scientists and students whose work with big cats have been halted by lack of funding. The latest interesting participation of the sanctuary lions in the scientific community is the collection and distribution of lion faeces, which is being tested as a natural method to positively affect the movement patterns of wild dogs in high human-wildlife conflict areas.

Such projects are generously facilitated by Kevin and the animals living at the sanctuary on an ongoing basis, a stark reminder that the statement “captive lions have no conservation value” is severely lacking in creativity and foresight.

A key focus for the Foundation

Education is a key focus for the Foundation and since our inception have supported classroom-based conservation programmes in rural areas of Namibia for learners whose lives are affected by lions on a day-to-day basis. As our capacity grew, we launched our own educational programme in Kekana Gardens, the community surrounding the Kevin Richardson Wildlife Sanctuary and the Dinokeng Big 5 Game Reserve. The Big 5 Schools Collective brings nature-based learnings into early childhood development centers, with activities such as storytelling, shadow puppets, masks and animal sounds, delivered in their home language.

The programme includes a wildlife immersion experience where hundreds of children between 3 and 6 get the opportunity to go into the game reserve for a safari. The Foundation also runs an international Youth Ambassador Programme which empowers school children to educate their peers about the status and challenges facing lions today.

In July 2018, the Kevin Richardson Foundation launched the campaign #LandforLions, which aimed at raising funds to purchase 1,200 hectares of privately owned wildlife habitat on the surrounds of the Dinokeng Big 5 Game Reserve in South Africa, to protect in perpetuity.

This ambitious project set out to raise funds towards purchasing 1,180 hectares of wildlife habitat to protect in perpetuity. The response was overwhelming, and we surpassed our goal within the first month in crowdfunding. The acquisition of this land was completed in October 2020 and the Foundation seeks to buy more key tracts of land in the future.

With the Covid-19 pandemic, the closure of schools and the economic shutdown affected many of the Foundation’s planned projects. Instead, the Foundation decided to respond to the immediate needs of the neighbouring community, Kekana Gardens, and pivoted its plans to address the lack of food for children. During this time, we partnered with NPO Southern Lodestar Foundation and together we have proudly provided daily meals to 2,075 children (ages 0-8). The Foundation also assisted with the salaries of staff members of Dinokeng Big 5 Game Reserve (with emphasis on Anti-Poaching Units). For two months we covered the full cost of Dinokeng’s staff members. The Foundation continues to support the anti poaching units monthly, covering the salaries of the expanded team and improving their technology and equipment. The Foundation also provided new equipment to the APU’s as poaching surged during lockdown months.

The most recent project 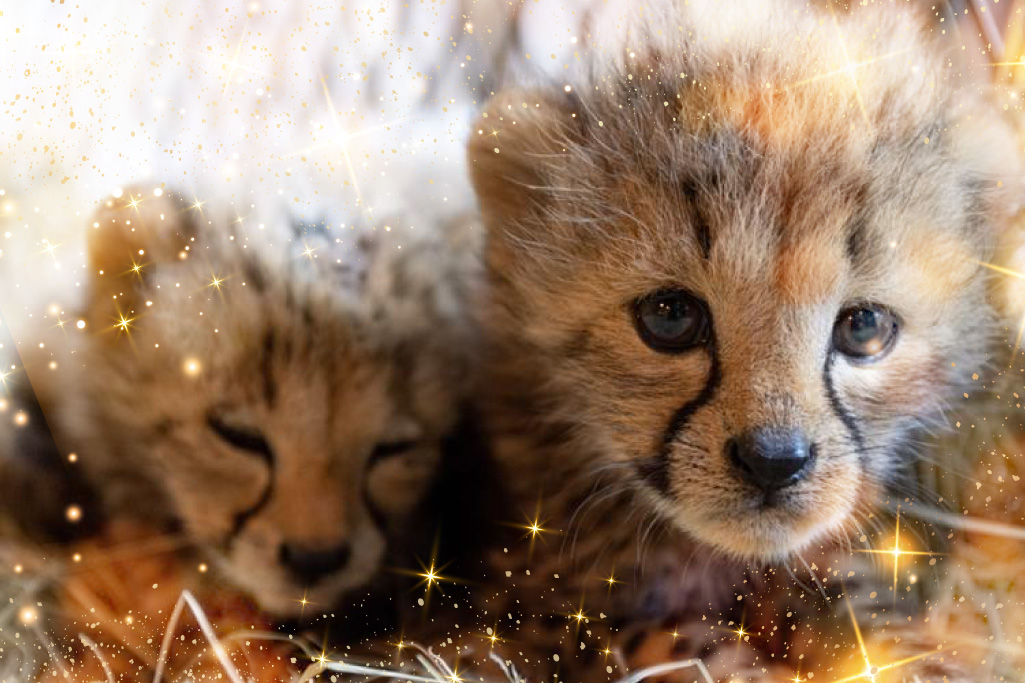 The most recent project the Foundation has embarked on is the Miracle 5 cheetah rehabilitation programme. Five cheetah cubs, found orphaned after poachers had killed their mother, have been taken in by the Kevin Richardson Wildlife Sanctuary to be rewilded and released within two to three years. Through a fundraising campaign supported by our followers, enough money was raised to look after these cubs during the rewilding period, as well as rehabilitate three additional cubs that were later found also orphaned in the wild.