An Interview with Daniah De Villiers

“Know who you are, stand up for something that’s truthful and worth fighting for

and be an example to the world.”

Kevin Richardson Foundation Youth Ambassador, Daniah de Villiers, is a young South African actress who had an extraordinary introduction to lion conservation. At just 11 years old she was cast as the lead character in the theatrical family movie Mia and the White Lion (MIATWL). Kevin Richardson joined this film project when the opportunity arose to make an entertaining film with a revealing conservation message that the whole family could watch. The film was made over three years and tells the story of a young girl, Mia, whose father owns a lion farm. Mia is given a lion cub as a Christmas gift and although she forms a friendship with the lion, trouble comes as the lion gets too large and dangerous to have in the home. When Mia’s father falls on difficult times, he decides to sell the lion and this is when Mia discovers the truth about lion farms and the canned lion hunting industry. She decides she is going to do something to save her friend. 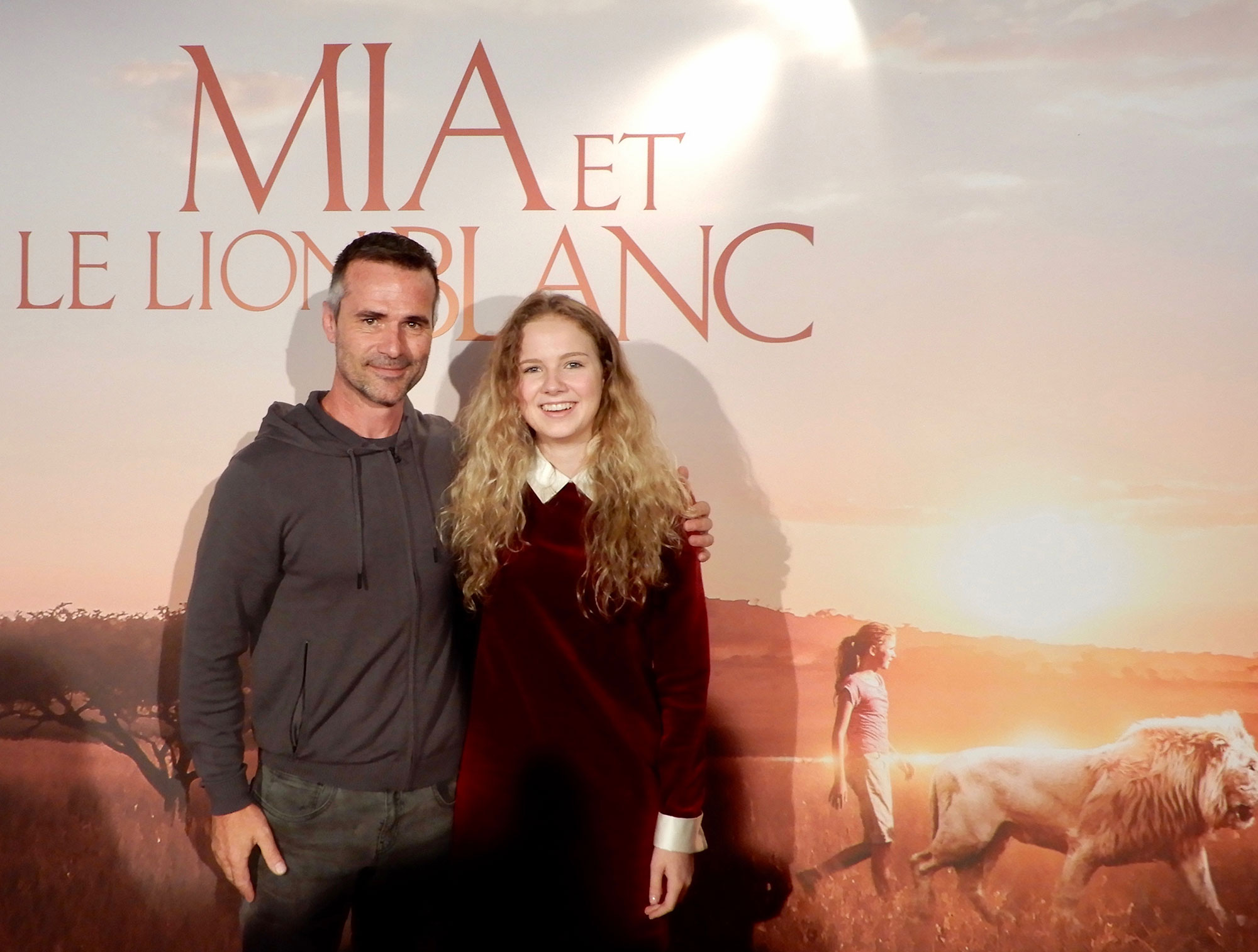 Kevin with Daniah at the film premiere in Paris

The lion’s name in the movie was Charlie, but in real life his name is Thor. Thor was purchased from a real captive lion breeding facility in South Africa where he was destined to enter the cycle of farmed lions that inevitably ends in a canned hunt. Thor is one of the lucky ones as he is now living out his days in the care of Kevin and the sanctuary.

Kevin helped cast Daniah when he recognized her natural confidence and love for animals. For three years Daniah, Kevin and Thor worked together and as a result this incredible film was made.

We sat down with Daniah to talk about how the film has changed her life and what her message is for young people like her today. 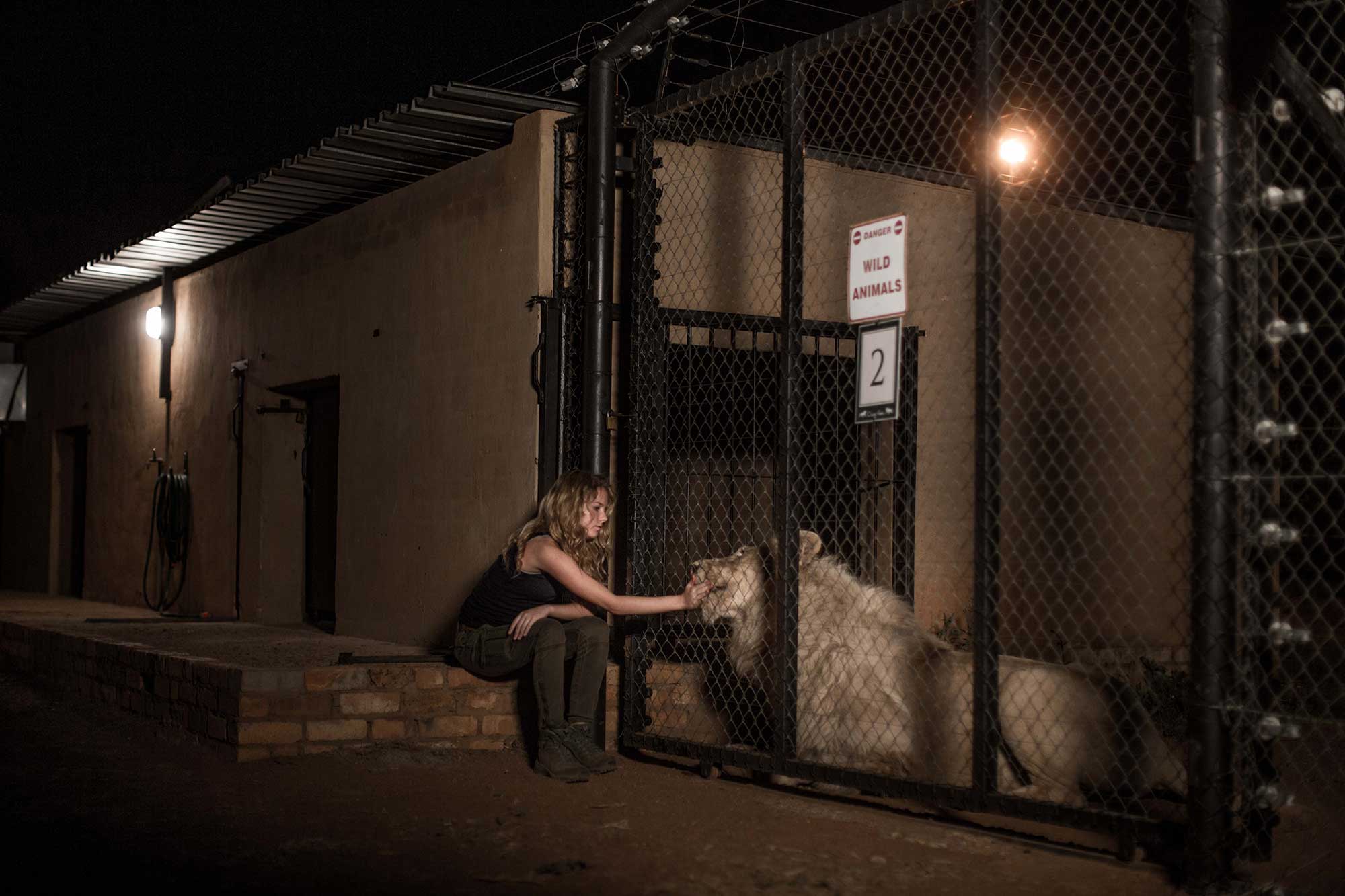 Question (Q): How would you  describe the impact “Mia and the White Lion” has had on your life?

Q; What was it like spending 3 years on and off with Kevin and his lions?

Daniah:  It was an incredible honour being taught by the Lion Whisperer himself. The way Kevin builds his relationships with his all of his lions is on such an intimate level of trust. It was so unique seeing how the lions love him and the respect and love he has for them in return. It’s strange to witness at first but became my every day norm. The amount of love and energy that Kevin has dedicated to all of his animals is so inspiring, it has sparked my passion to help them even more. 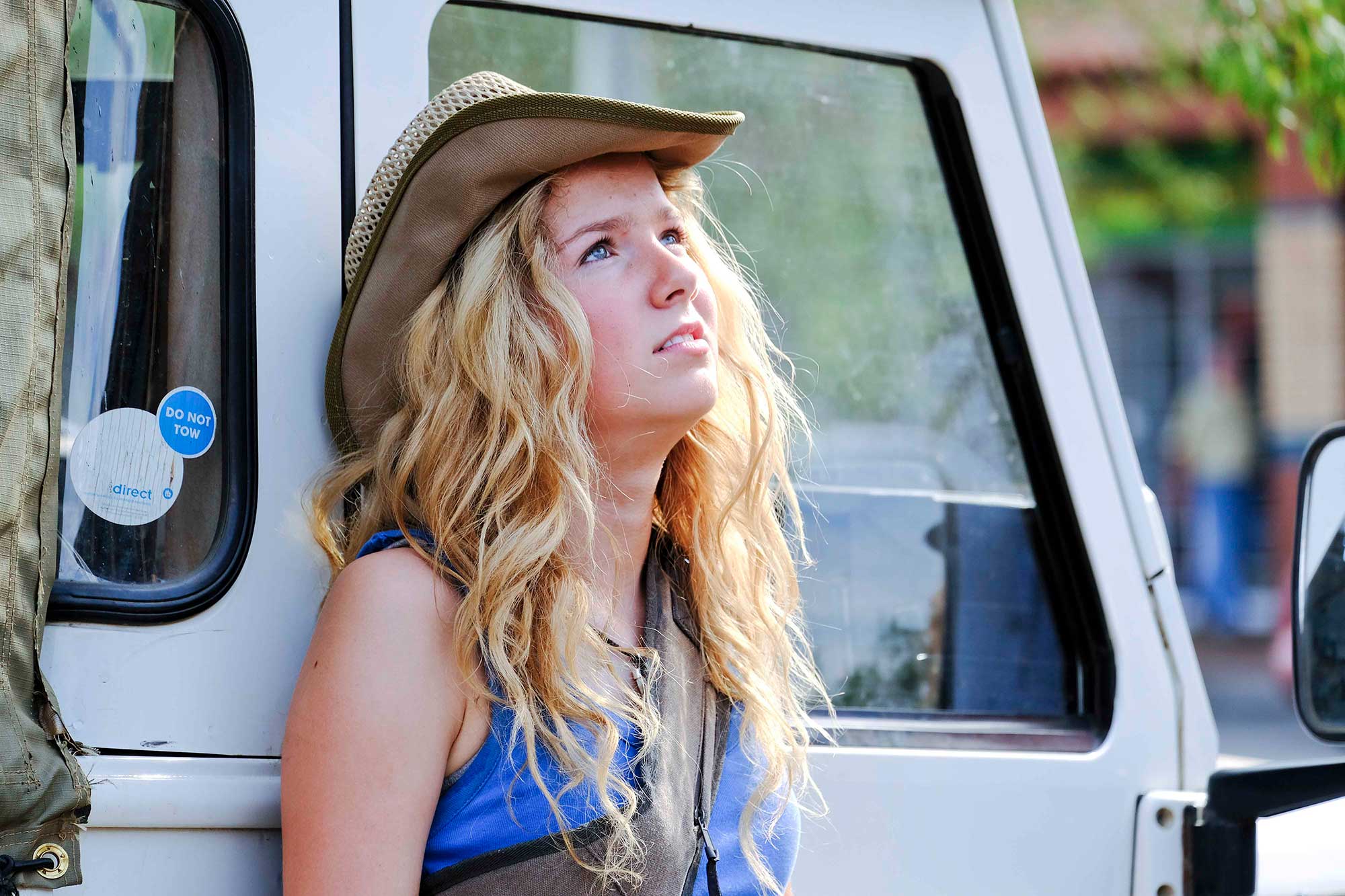 Q. What made you want to do ambassador work for lions after the film was completed?

Daniah: Over the years my love for the lions has grown so much. Knowing that Thor would’ve probably just ended up in a canned hunt or sold for his bones breaks my heart and I know that people would care a lot more, if only they knew that this was happening. So when Kevin asked me to be an ambassador I thought; I want to use my platform to create awareness for the plight of lions!

Q: Tell us about the audience reception of the film?

Daniah: As soon as the movie was released, I started getting messages from all around the world how nobody knew what was going on with captive bred lions and how kids and grown ups couldn’t believe that canned hunting is still legal!? I have received many messages about how young kids are starting their own campaigns in schools to spread awareness and raise funds for lions. I really hope that people will fall in love with lions after watching this film and ask themselves, how far would they go to protect this?

Q: You have been on tour in the United States and Europe, what have you been up to?

Daniah: I had an awesome time in the USA doing publicity for the film and meeting agents. I just came back from an Italian film festival. It’s been a lot of fun and it’s always awesome to see and hear how far the message of this film has travelled.  It’s truly an awesome feeling having the opportunity to tell stories like Mia’s with a powerful message. I hope to continue always doing so.

Q What is the most frequently asked question that people ask you about MATWL?

Daniah: People frequently ask me if I still visit the lions? Yes I still do, but I only see them through the fence now. I miss them all the time and they will forever be a big part of my life!

Q: If you could tell young people out there one thing about lions, what would it be?

Daniah: Respect them, protect and preserve them… because it’s our responsibility now.

Q: If you could encourage young people about what to do with their lives in today’s world, what would you tell them?

Daniah: Know who you are,  stand up for something that’s truthful and worth fighting for, and be the example to the world. Believe that you can make a difference. 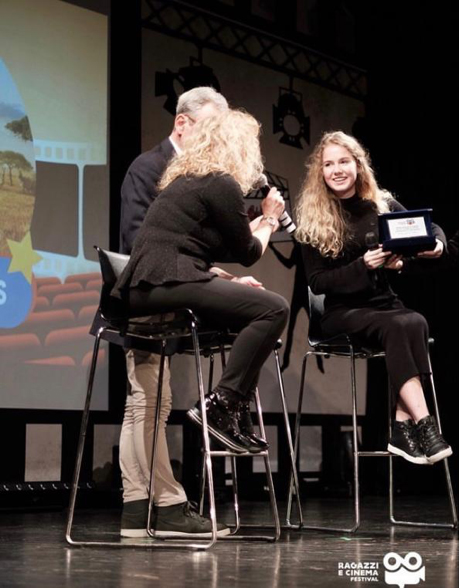 Daniah receiving an award in Italy