Incredible India: A fascinating chat with our family-in-wildlife

“The greatness of a nation and its moral progress can be judged by the way its animals are treated.” – Mahatma Gandhi
India and South Africa have more than you think in common. Both countries were colonised by the English, and both were, at times, home to Mahatma Gandhi, whose role in non-violent resistance to apartheid between 1907 and 1914 was later to inspire the passive resistance movement in India of 1946–48. In 1926, while Paul Kruger (former apartheid president and Gandhi’s nemesis) was opening the famed Kruger National Park, Ghandhi was enduring a year of silence back in India in non-violent protest against the oppression of his people.Gandhi’s beliefs and actions also influenced the 1952 Defiance Campaignin South Africa. Led by the African National Congress, it marked the beginning of an era of mass resistance to apartheid in the country.

The two countries have a fundamental bond. Culturally, both are obsessed with the sport of cricket, and you will find curry on almost every restaurant menu. Durban, a port city in South Africa, has the largest population of Indians outside of India. But more interestingly, both countries are home to wild lions, in India the beautiful Asiatic lion is confined mostly to Gir National Forest. Over lockdown we connected with the Animal Rehabilitation and Protection Front(ARPF), our “family-in-wildlife” in India, to find out more about what is happening in conservation there.

In this interview you will learn a lot about India, from their conservation challenges to the remarkable story of a Labrador raising an abandoned tiger cub! Enjoy! 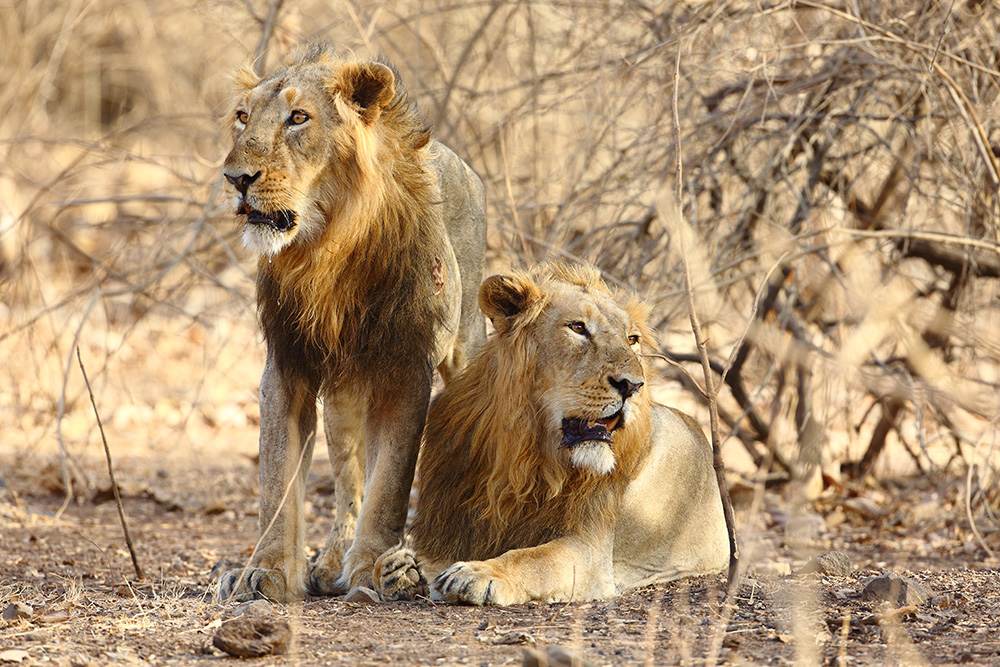 KRF: Can you give us a brief description of who you are and what you do?

ARPF: ARPF is a youth-run, result-oriented, nonprofit organization working for the rescue, protection and rehabilitation of wildlife in India. Since we launched in 2011, our major goal has beento create mass awareness amongst the public regarding the relevance of conservation and protection of wildlife through celebrating various Environment days and organizing Awareness talk shows.

We also work with zoological parks and state forest departments in the country on ex situ conservation breeding, anti-poaching activities and education projects. Our head office is situated at Indore Zoological Park, Madhya Pradesh, where we carry out training programmes for volunteers interested in doing their bit for nature conservation. 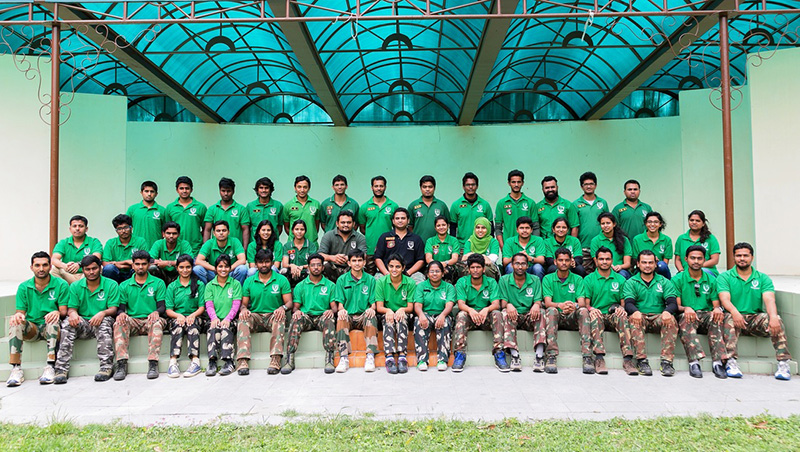 The team at ARPF
Apart from these activities, we also run an ecology course in various schools covering all major wildlife fields and preparing what we call the next generation of our wildlife warriors.

ARPF also has its own Wildlife Ecology Center where injured small mammals and wild birds are housed and taken care of. The Center also cares for abandoned exotic pets and has a Butterfly Park. It caters to over 15,000 school children per quarter, who visit us to learn about ecology and biodiversity. 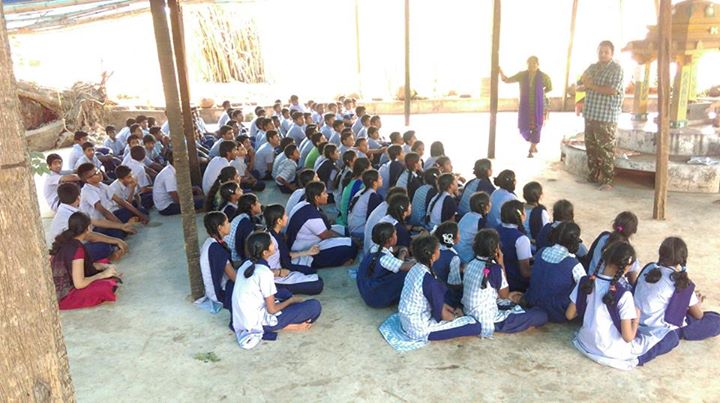 KRF: What similarities do you see between India and South Africa, with their history of colonization and its effects on how wildlife is perceived in both countries?

ARPF: Colonization played a devastating role in the depletion of wildlife in India, resulting in the extinction of some of the most amazing creatures that once roamed the country in great numbers. The colonial practise of hunting for pleasure has permanently put these majestic creatures at risk. The idea that it is an honour to hunt and pose with the kill still persists in the minds of many, in both the countries. Talking of South Africa, this malpractice still continues in the name of canned hunting, a shameful act on the part of mankind. It is really unfortunate that we humans, believing ourselves superior to all other life forms, have become the destroyer instead of rendering the utmost protection. 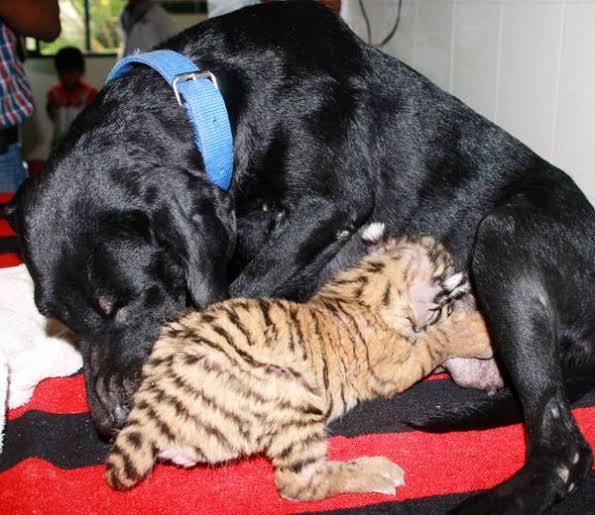 KRF: Tell us the amazing story of the cub in Indore Zoo that was nursed by a Labrador!

ARPF: The hero of this story is our very dear Lucky, a tiger cub who was saved from his mother’s wrath. Since it was the first conception for the tigress, she was hormonally imbalanced and ended up killing her litter. Lucky was fortunate enough to survive and was rescued by the zoo officials. Our Zoo Management team and Director, Dr Uttam Yadav, who happens to be a veterinarian, put out a call to search for a lactating female to feed the cub. Luckily, a Labrador had just given birth and, in a unanimous decision, the cub was exposed to the Labrador at feeding time. To our surprise, both the dog and the tiger cub accepted each other so Lucky got a foster mother.

Currently, he is the biggest of all the tigers in our zoo, weighing around 350kgs. After this success, this protocol has officially been followed in many of the zoos in India for babies who are abandoned by their mothers, with Indore Zoo leading the trail.

KRF: How have the numbers of wild lions and tigers in India been affected in the last 100 years?

ARPF: The number has definitely seen a significant decline over the last decade due to encroachment activities in forests, due to both increasing population and commercial mining projects. Another reason for the decline in numbers is human-animal conflicts in buffer areas, railways and highways passing through Reserve corridors, and so on. 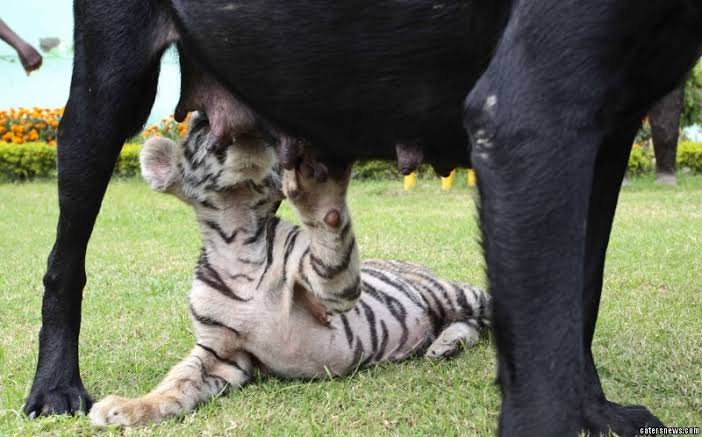 ARPF: The primary challenge is the lack of education and the ignorance of the masses in understanding the importance of wildlife and the role individual species play in maintaining the equilibrium of the ecosystem. The general public does not connect with wildlife as needed and so the conservation efforts are unable to reach the expected peak.

Another issue that needs to be addressed is the implications of the rules that have been laid down for the protection of species. The Wildlife Protection Act formulated in 1972 by the Government of India is one of the most accurately crafted acts, providing a high level of protection and conservation, but there are significant loopholes in these laws, compromising the lives of the animals.

The third is the high demand in the black market for animal body parts as well as petting, which has led to an exponential increase in illegal trading, poaching, hunting and killing of the most celebrated wild animals and reptiles, leading to a significant decrease of certain species and bringing them to the verge of extinction.

KRF: We often see photos of India showing wildlife roaming around areas where humans live. Is this a correct portrait of India? And what is an example of human-wildlife conflict situations that occur in India?

ARPF: The images captured do not quite depict the situation accurately. Most of the wildlife hotspots have suffered severe encroachment in various regions of India. While the animals strive hard to stay aloof, there are situations where easy prey availability drives the animal towards human settlements where the cattle become the soft target of the carnivores. But often wild animals have to pay the price with their lives in such encounters, where most inhumanely these majestic creatures are beaten to death or captured and taken in to captivity for life. 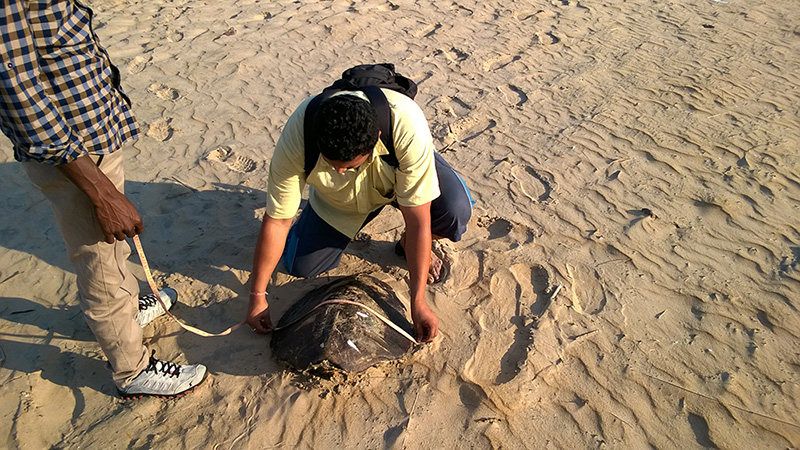 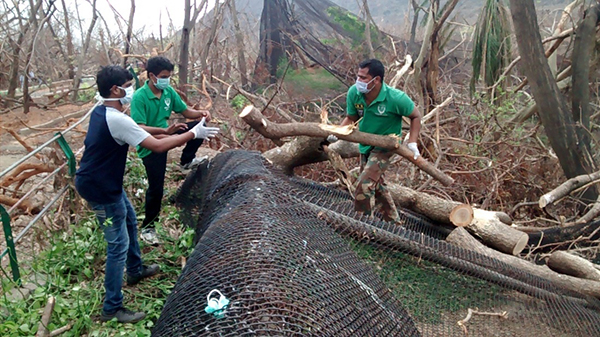 Restoration of Vishakhapatnam Zoo after devastation by a cyclone (Hud-Hud)

KRF: The United Nations named Prime Minister Narendra Modi “Champion of the Earth” –the UN’s highest environmental honour. Do you believe Prime Minister Modi is doing enough for the country’s wildlife and could you comment on the government’s approach to wildlife management?

ARPF: Undoubtedly Prime Minister Narendra Modi has established himself as an active enthusiast for environmental conservation but most of the time the paper work does not quite complement the realities on the ground. Strict standards have not yet been set regarding the punishments associated with wildlife crimes. Moreover, not enough measures are taken to educate rural populations and generate awareness amongst them for the conservation of wildlife and its significance. This appears to be a major hindrance in situations where locals are lured by the poachers with offers of money, making poaching convenient for them. The government schemes, which appear flawless on paper, do not actually reflect in the field as a result of corruption, ignorance and mutual differences. 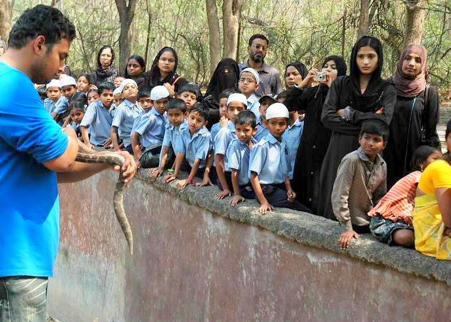 KRF: Historically Indians have been known to have a balanced and peaceful co-existence with wildlife. Do you believe this has to do with the spiritual and religious practices of the country? And have there been changes in the human response to human and wildlife conflict due to the pressure of population growth and development?

ARPF: Yes, Indian culture embraces the feeling of respect and worship of many creatures and indeed this practice plays a vital role in the prosperity of these animals. But simultaneously, humans in general do not accept or surrender to nature or try to live in harmony with it. Human-wildlife conflicts have reached an all time high with the ever increasing human population and more and more encroachment and deforestation leading to habitat destruction of the animals. And the majority of such encounters end in the death of the wild animals.

KRF: How can the public follow and support your work?

ARPF: We are available on all social media handles as given below. Apart from that, we would really appreciate it if people would sign up for our fundraising drives and join us in our various events which are organized both offline and online. The information regarding these is mentioned on our social media platforms. We would also love to welcome volunteers who wish to experience the grandeur of wildlife up close and work under our guidance to educate and make people aware of the mesmerizing beauty of the wild and how relevant it is to our existence.

TO DONATE TO ARPF

← Photo Story: The three amigos The dogs that live next door to lions →