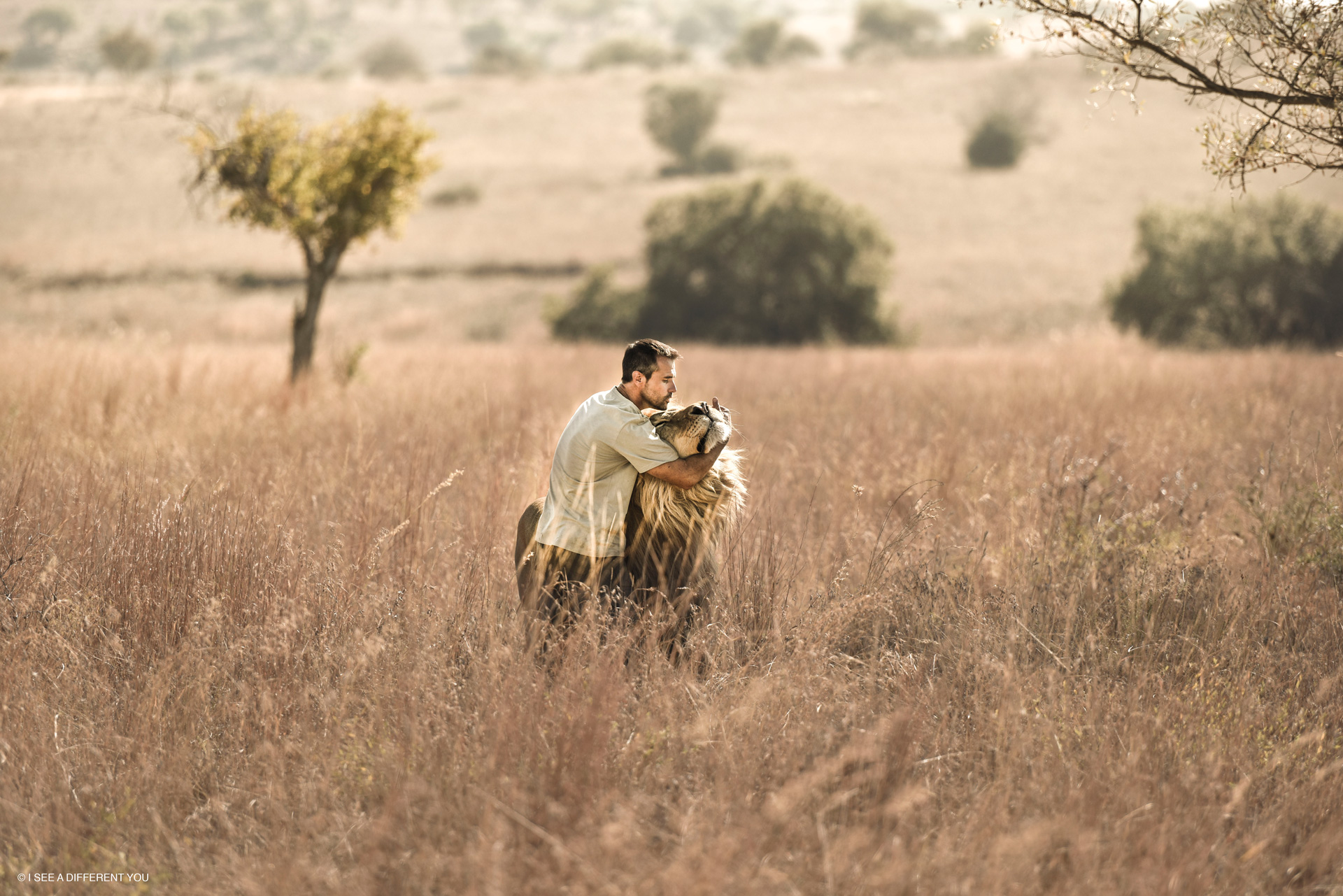 In 1998 Kevin had the opportunity to work with two lion cubs, “Tau” and “Napoleon”, on a local lion farm. Here I have honed his skills and developed unique skills for working with lions, doing it in a practical and interactive way and challenging many misconceptions in the matter. This made him nicknamed “the Lion Charmer” due to the extraordinary personal relationship he developed with them.
Although I’ve started his career in a lion park that allowed tourists to pet lion cubs, I’ve soon started to understand the traps of this industry. He was never comfortable with the answers he received, about what happened to these lions once they grew too big to be petted by tourists.As with other similar farms in South Africa, these lions will most likely end up supplying the controversial canned lion hunting industry, a form of hunting that involves killing lions on farms and enclosed and / or fenced enclosures. , “canned”.

In late 2011, Kevin cut ties with his partner and moved all of the animals in his care to a new facility on the southeast edge of the newly formed farm, Dinokeng Big 5 in Pretoria, South Africa. Here I have implemented his policy against the breeding of lion cubs and aligned his fight against “canned lion hunting” with that of several organizations, in particular the Campaign Against CANNED HOUSE (CACH).

Her television work has been screened on multiple platforms around the world. Examples of his most recent shows include: “The Lion Whisperer” (France 2 – one of the most popular natural history channels); The “The Lion Ranger” series for National Geographic Wild; “Lions on The Move” (multiple channels); “Lions, The New Endangered Species” (GoPro – over 37 million viewers); “Lion Whisperer” (60 minutes US-CBS: highest rated in its two-year broadcast, over 18.5 million Americans have watched the show) highlighting the drama of the declining population of wild lions and the horrors associated with the canned lion hunting industry. In June 2014, I launched his own YouTube channel: Lion Whisperer TV, presenting his lions and work to the world.His channel attracted over 530,

In March 2015, the documentary “Killer IQ: Lion v Hyenas”, which has Kevin and his animals as protagonists, premiered on the Smithsonian channel and appeared in the channel’s respected magazine, in addition to other channels worldwide. This groundbreaking two-part series, in which the world’s leading experts worked, explored the cognitive behavior of lions and hyenas. Kevin granted unlimited access to the sanctuary to Natalia Borrego (one of the experts in the series), to complete her doctorate in which she studies the cognitive abilities of lions.

Kevin has participated in many lion conservation events and was a guest speaker on Google Zeitgeist, along with other influential speakers, including former US Presidents Jimmy Carter and Bill Clinton, and esteemed scientist Dr. Craig Venter, responsible for sequencing. DNA from the human genome. His partnership with the Australian organization “Painted Dog Conservation Inc.”, which seeks to conserve the African Wild Dog, helped him raise more than AUD 100,000 at three separate conference events in Perth, Melbourne and Sydney in 2013, 2015 and 2017.

Collaboration by world-renowned artists and photographers help raise awareness and raise funds for conservation. Fine art photographer David Yarrow has donated a percentage of Kevin’s printed animal photo sales to TUSK, Britain’s largest charity for the protection of African wild animals, which has his royal highness, the Prince. William, as a sponsor.

The conditions have finally been met for Kevin to embark on this great conservation project that he has longed for since 2011. Along with the launch of his foundation in 2018, Kevin’s conservation efforts also include the successful release in February 2018 of Spotted hyenas born in captivity , and their transfer to Dinokeng Big 5 Farm.